London-based jazz and neo-soul artist Alba Plano has announced the release of her single ‘Out There’ on 20th April via Sunrise, to be taken from her upcoming EP White Lotus. For the last two years, Plano has fronted Forever Amy, a project featuring Amy Winehouse’s original band, touring and performing in large venues throughout Europe and the UK. She has performed backing vocals for Ninja Tune’s Jordan Rakei  and has collaborated with a host of accomplished musicians such as Dale Davis (bass player and musical director for Amy Winehouse, Tina Turner and Freak Power), Jim Hunt (sax for Richard Ashcroft, Brand New Heavies, Noel Gallagher, Jamiroquai) Troy Miller (drummer and producer for Laura Mvula, Becca Stevens, Jamie Cullum) and with a previous project opened for Elio e le Storie Tese at Shepherds Bush Empire.

The Sicilian-born songstress has been singing since her teens, and began her jazz vocal studies in her early twenties with acclaimed vocalists such as Norma Winstone, Kurt Elling, Barry Harris, Bob Stoloff, Joe Blake and Maria Pia De Vito, encouraging her to experiment with using her voice as an instrument, and leading to a fascination with contemporary jazz.

Stylistically comparable to Solange, Esperanza Spalding and Erykah Badu, Plano draws influence from a wide array of artists, including Becca Stevens, Gregory Porter, Lianne La Havas, and Jill Scott, and is also strongly influenced by Nina Simone, Bobby McFerrin and many other jazz singers. Her passion for hip-hop and neo-soul is also strongly evident. The upcoming album, White Lotus was co-produced and co-written by Alba Plano and Karme Caruso (Omar, Maverick Sabre, Karyn White), with some of the lyrics co-written by Davide Shorty (Retrospective for Love, Mr Jukes).

Alba Plano’s ‘Out There’ is a soulful, elegant and intimate excursion displaying smooth, sophisticated voice work, a driving double bass riff, joyful and tasteful vibraphone, dreamy piano colours and stylish guitar lines, all shimmering over swinging grooves inspired by her soul, jazz and classical influences. It has a consistently dynamic and spirited groove, and demands to be listened to over and over again.

Speaking of ‘Out There’ Alba says: “it’s about fears, about the limitations we hold within ourselves because it make us feel safe, because at least “we know who we are”. But that’s not helping when you want to grow and expand your soul, it takes a big amount of love, respect and trust for oneself to be able to see from a different perspective”.

“I was listening to Laura Mvula and Gregory Porter, their music definitely inspired the melody and the rhythm of this song”.

Karme adds: “This song was a bit of a musical journey, originally arranged in a few different ways. Then we opted for a raw acoustic vibe, quite different from the sound of the other tracks on the EP.” 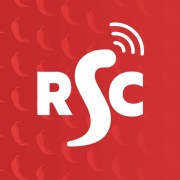